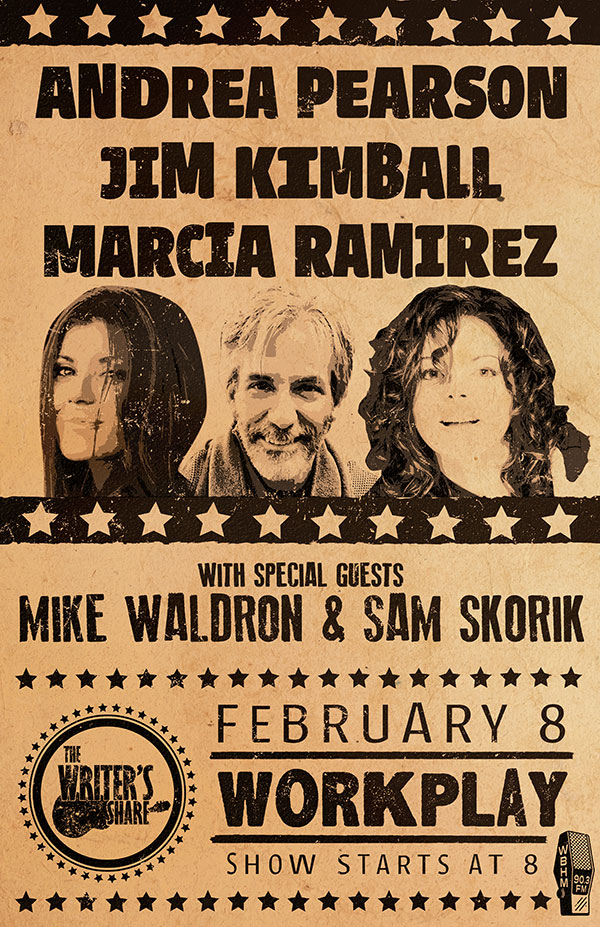 The three great songwriters who will grace The Writer’s Share stage at WorkPlay this Thursday, February 8th, have Reba McEntire in common. After all, they all played a part in Reba’s album Sing It Now: Songs Of Faith & Hope, which won a Grammy for best roots gospel album about a week ago. Andrea Pearson sang with Reba on the recording, Jim Kimball played guitar, and Marcia Ramirez wrote “God and My Girlfriends, the first single released off of the album.

But these three offer much more.