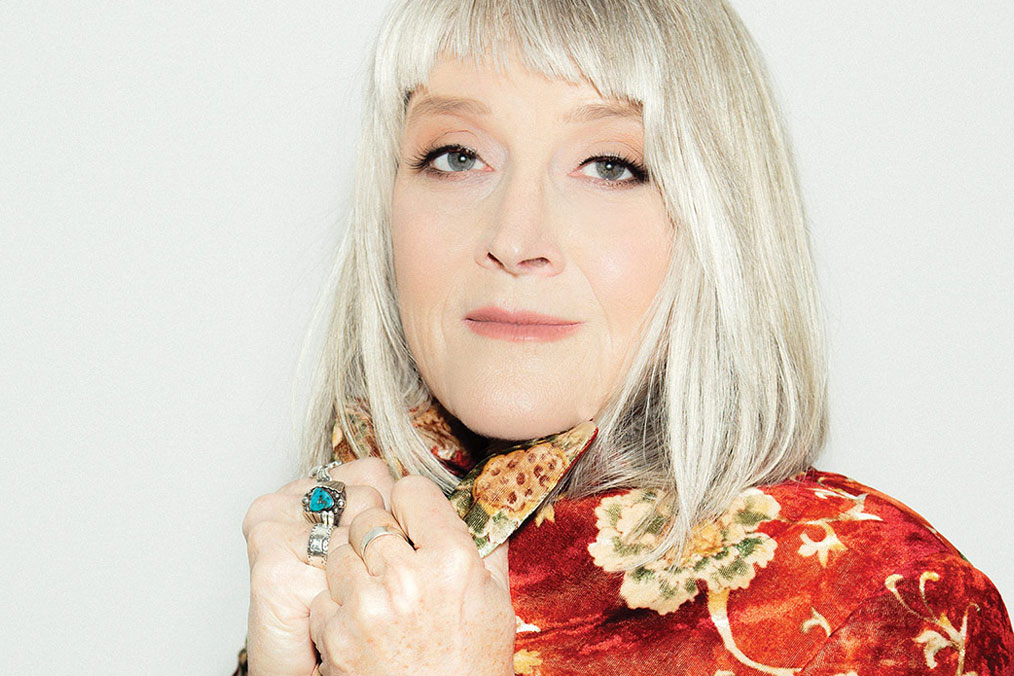 Part of what draws them to the dusky honey of her crystalline alto is the way she writes: to and from the soul, never flinching from the conflicts and crushing moments, yet always finding dignity and resilience. Her arc of the human heart is true. True enough that over the years, Richey’s been both Grammy nominated. Nominated for Yearwood’s truculently groove-country “Baby, I Lied,” she also co-wrote Radney Foster’s #1 “Nobody Wins.” Those standards made Glimmer one of TIME’s Top Records of 1999 and Rise named People’s Best Alt-Country Record of 2002.

On her most recent album, Edgeland, Kim moves through the topography of the life lived by a woman committed to following her music. Flinching over hurting another, knowing the ways of the road, seeking higher ground and accepting the fact everyone’s truth isn’t a white picket fence, she continues defying labels as she defines the thinking person’s life.

For the album, Richey once again drew from a multitude of collaborators who rival her own singular voice. Veteran journeymen artist/writers Chuck Prophet, Mando Saenz, Mike Henderson (Steeldrivers), Bill Deasy (the Gathering Field), Pat McLaughlin (John Prine) and Al Anderson (NRBQ), plus Aussies Jenny Queen and Harry Hokey co-sign on these musical polaroids from the going, the leaving, and the pausing.

“I’ll be doing an interview, and people will say, ‘You co-write a lot…’,” she marvels, “like it’s a bad thing. But it’s inspiring to me, and takes me in other directions, to other places. The people I write with are funny, and smart, and a blast to hang out with, but they’re also really good writers in their own right. Nobody’s pandering or chasing ‘a hit,’ we’re all just trying to get to the best possible song.”

“It’s a lot easier to say something in a song than in a conversation,” allows the easy-going grown-up. “And it’s not all about me, but the people in the songs.  Even the stuff you leave out says something, so you’re creating on so many layers. And sometimes I don’t know where it comes from, just some other place.”