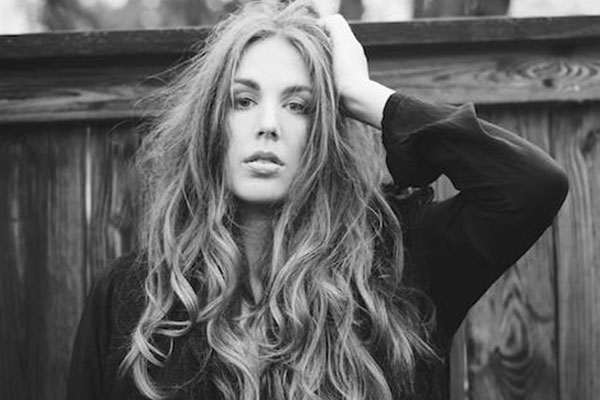 Music by Nashville chanteuse Shannon LaBrie defies genre and brings to life insightful stories of a woman who remains true to herself in a life where uncertainty is certain. The Lincoln, NE native instantly became a favorite among music fans and critics alike with her powerful 2013 debut Just Be Honest. With her lead single, “I Remember a Boy,” the independent release reached inside the Top Ten on iTunes and the Triple A Radio charts. Famed music blogger Bob Lefsetz wrote, “This track affected me. Made me believe like the great singer-songwriters of yore, maybe this woman has something to say. That in this crazy, mixed up, shoot-up world she can illuminate her story and people can relate.”

In April 2016, LaBrie returns with her introspective sophomore album, War & Peace. Tracked live at Nashville’s House of Blues Studio D with producer Tom Michael, War & Peace is an emotionally-charged collection of deep Americana soul that gives voice to the love and loss Labrie experienced throughout her life. “When I listen to music,” Labrie says, “a lot of times, it’s to make me feel good. But a lot of other times, it’s to make me not feel alone. I started writing this album after a loss that put me at war with everything in my life. These songs are small doses of the war I feel inside and the peace I long to find.”

The title track “War & Peace,” is inspired by the unwavering love and commitment she experienced while dealing with a tragedy that continues to shake LaBrie’s heart to this day. “I feel very fortunate that I made it through the past five years.” LaBrie continues to explore love in the stirring rocker “It Took My Whole Life.” The smooth and steady “Crumble” addresses how consuming love can feel, and the soulful “Ain’t Just a Feeling” captures the solace love provides. “There was a time when love was a far-off dream,” she says. “Feeling good, feeling like a woman, feeling beautiful wasn’t something that came easily. ‘Ain’t Just a Feeling’ came from a moment when I was able to step out of the sadness and just be happy.”

LaBrie calls out American politicians in the fiery opener “It’s Political,” while “American Dream,” celebrates feeling thankful to live in a country that offers its citizens a life of endless possibility as a basic human right. Anchoring the soul of the album are the deeply emotional “Alcohol” and “Heaven Crashed Down.” “Alcohol” is a moving ballad about trying to save a loved one from a life of addiction, but in trying, only kills the savior. In LaBrie’s own words “There are people who are addicted to alcohol and there are people addicted to trying to fix the people addicted to alcohol. It’s all addiction.” In “Heaven Crashed Down,” LaBrie gives a visual account of the painful loss of her father to cancer when she was only 13. She sings, “He was all we had, he was all I’d lost. The morning heaven crashed down, I grew up.”

She has opened for Gabe Dixon, Phoenix, ZZ Ward, The Head and the Heart, The Wild Feathers, Michael Franti and Valerie June. Her résumé includes Triple A Radio Conference, Lightning 100 Sunday Night Showcase, World Cafe, Hotel Cafe, South By Southwest, the Austin City Limits Festival, Road to the Hangout and Road to Bonnaroo.