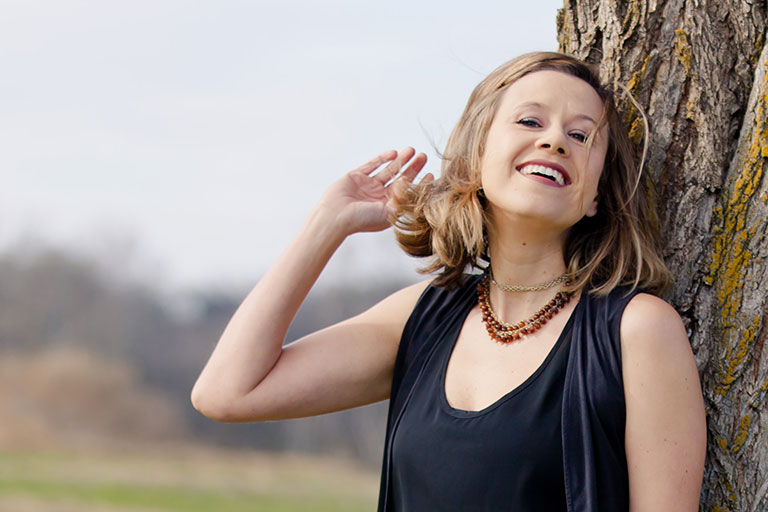 I guess we grew up together, we’re not kids anymore. We hitched our boats to each other, and steered clear of the shore. – “Boats”

Sara Beck’s music has carried her far from her hometown of Ellicott City, Maryland – to arenas, theaters, and clubs all around the world. After 21 years of living, writing, playing, and singing in Nashville, Beck recently relocated to Virginia, where she is preparing to release her sixth project The Acrobat (2019). The six-song EP is a revelation in whisper and melody, Beck’s crystal-clear voice taking center stage, surrounded by rhythmic cello and lush harmonies. “I always wanted to be a singer as a kid,” she laughs. “When I moved to Nashville at seventeen, I was all about being a songwriter, and so maybe now I finally get to be both.”

As a songwriter, Beck draws from the roots-folk traditions of Emmylou Harris and Brandi Carlile, with a straightforward approach to storytelling that is long on melody and breath. The two covers on the album highlight her jazz and R&B influences. Her take on Sade’s “No Ordinary Love” evokes live Van Morrison circa Astral Weeks, while her minimalist cover of “A Dream is a Wish Your Heart Makes” lets the classic forties-era melody own the track.

“I learned so much songwriting craft in Nashville, and I am so thankful for that…I feel like it gave me a toolkit, and now I get to build with a little less oversight, you know?” she muses, talking about “Everybody Falls,” a track that seems to hint at a perfectionist streak.

You’re the princess, you’ve got the rock and roll,
you’re the acrobat trying hard not to let go of the bar –
you made it so far, but everybody falls…

Balance is definitely a lyrical theme that cuts through the EP, and one that Beck admits is tricky in her own life.  During her lengthy stay in Nashville, Beck recorded five albums, wrote songs for major label artists, and toured throughout the US and Europe.  She recorded the theme song “I Know These Hills” for Kevin Costner’s Emmy-winning television mini-series Hatfields and McCoys.  She struck up a friendship with music legend Stevie Wonder and performed as his special guest at Nashville’s Bridgestone Arena.  And she found time to make babies and pursue a PhD from Vanderbilt University in Psychology and Human Development, with research focused on how children’s social behavior is shaped by making music together (learn more about Sara’s music for kids at https://kindnesskids.bandcamp.com).

“At the end of the day, making music has to be enough, just for its own sake. It’s a privilege, for sure.  And it’s an incredible journey – I never would have predicted where it has taken me, and I wouldn’t even try to guess what the next 20 years holds.”

Wherever the journey ultimately leads, the rest of this year will find Beck touring in support of her new EP, pursuing her teaching and research, and continuing to strive for the breathtaking beauty and elusive balance known only to the truest of acrobats.